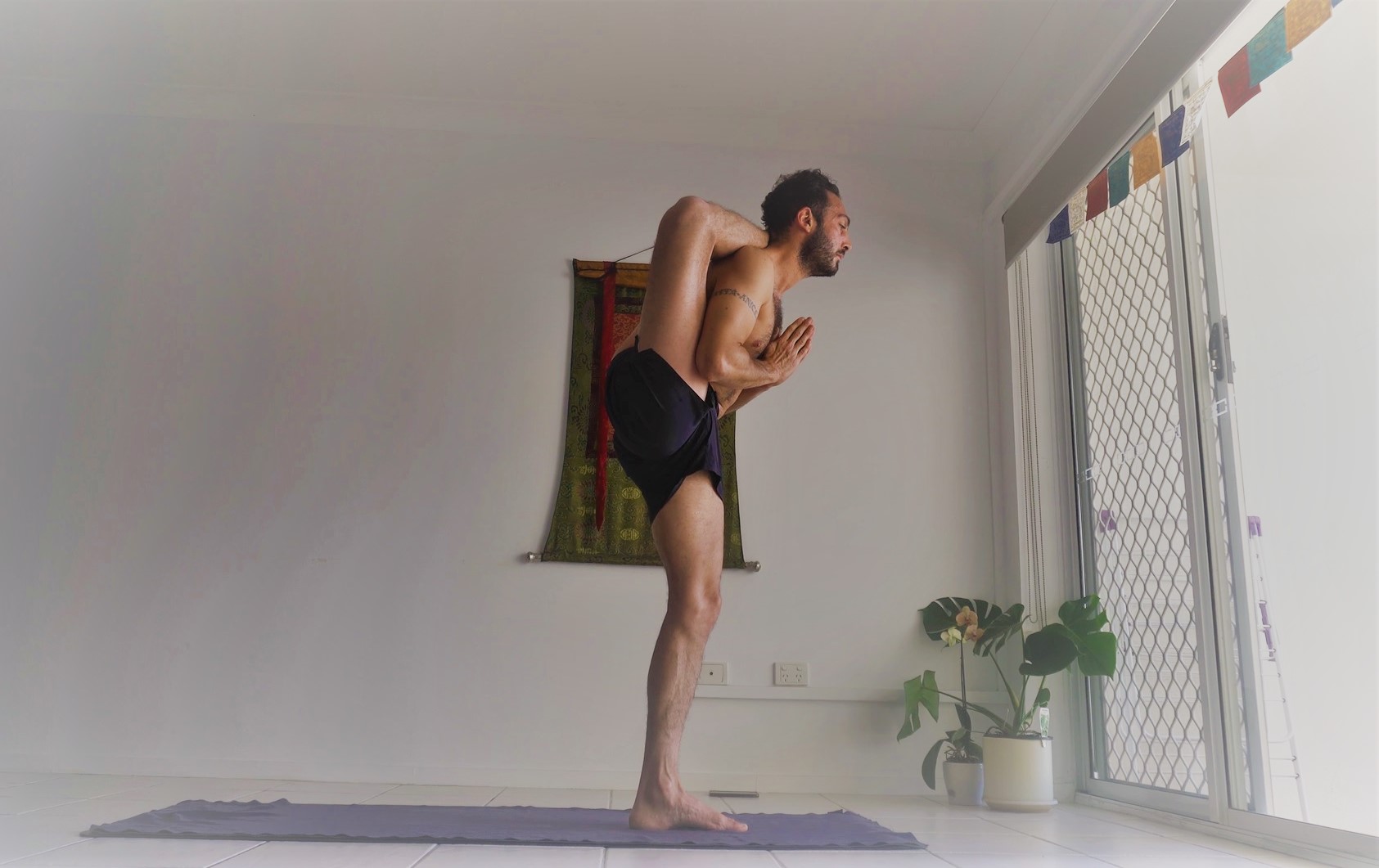 Ashtanga Yoga has changed since Pattabhi Jois taught his first western students in the 1970s. Back then, there were only four sequences. At some point, the final two advanced sequences were redesigned into Advanced A, B, C, and D. Today, very few people practice the original syllabus.

So I got interested. What was the original syllabus? Well, Primary and Intermediate Series are pretty similar but Advanced A and B are very different.

It’s not easy to find the original sequences these days. There is only one video of the original Advanced A and Advanced B sequences available, posted by Ashtanga legend David Swenson to the online platform Namastream.

There’s only, like, two blog posts detailing the sequence.

Fired by the thought of preserving the original sequence, I have recorded a video and created this blog post of the original Advanced A sequence.

Those familiar with the current Ashtanga syllabus will find quite a few differences from the current Advanced A.

For clarity, I will refer to the old sequences as “Advanced A” and “Advanced B” and their modern conterparts as “Third Series” and “Fourth Series.”

Pattabhi Jois orginally designed yoga sequences as a four-year collage course with a different sequence for each year. So, you would learn Primary Series the first year, Intermediate the second and so on. He also taught philosophy, pranayama and kriya exercises.

His first Western students, David Williams, Nancy Gilgoff, David Swenson et al learned the original syllabus. At some point in the 1980s Jois started changing things around and by the early 1990s the syllabus had been reconfigured into the six series known today.

We can only speculate as to his reasons. Some people say that Jois perfected his sequences improving them as time went on. Others say that Jois was overwhelmed with numbers and couldn’t progress students as fast as he used to and so he created more sequences and raised stadards for proceeding to slow people down and cope with the influx. He also quit teaching kriya and paranayama.

So why practice this old version of the series? Well, you won’t get any more elightened doing this then any other series of yoga poses. But I think it’s fun. And I’m an awful Ashtanga geek so what else was I going to do with my free time?

If you want to practice this series be safe and know your limites. Do not push yourself. Do not push through pain. And consult a teacher or experienced friend if possible. I’m happy to answer questions in the comments or via our Instagram (@escsamsara).

In this practice, I skipped two poses for safety reasons: Utthana Shalabasana and Mandalasana. Also, I didn’t feel confident doing the full Eka Pada Kapotasana so I just did normal Kapotasana. These poses are missing from the video demonstration and for this blog post I have inserted photos of other practioners doing these poses.

My current teacher has since helped me access Utthana Shalabasana and Eka Pada Kapotasana, but sadly, not before creating this video. So if anyone wants to practice the authentic original make sure to refer to this post as opposed to the video which is my own idiosyncratic version.

So, without further ado, let’s get started.

Start with Suryanamaskara (Sun Salutation) A x5 and B x5

Milk these Sun Salutations because it’s all the warm up you’re going to get. In the original practice, we skip standing poses and go straight into…

The next leg-behind-the-head poses are done without vinyasas. You do five poses, one after the other, on the right side. Vinyasa. Then repeat on the left side.

Urdhva Kukkutasana A, B and C. These are the same as Third Series (unfortunately!)

The next arm balances are treated as sets. You do Eka Pada Bakasana A and go straight into the “B” version without vinyasa.

Now you do a vinyasa. The next two poses are again performed as a set without a vinyasa in-between.

Vinyasa after the two Koundinyasana poses. Then do two versions of Ashtavakrasana. In the original syllabus, according to David Swenson, you enter the first from a handstand or headstand, vinyasa, then jump straight into Ashtavakrasana for the second version.

The Viranchyasana A poses are the same as Third Series, with three versions performed one after the other

Viranchyasana B is the same as Third Series where you move into a twist straight after folding forward. Here, I am holding with a straight back for five breaths and then folding forward for another five.

Arkana Dhanurasana (part one and part two with straight leg)

Padangushtha Dhanurasana A, move straight into B version without vinyasa

Viparita Shalabasana. I don’t bring my feet over here because the next two poses allow for that possibility.

Eka Pada Kapotasana. I wimped out doing it in this practice. But the leg should be out. Like this:

Hanumanasana. Same as Third Series, starting with hands on hips, then reaching up and finally folding forward.

So what do you think? I’d love to know your thoughts! Please post a comment below if you tried this sequence yourself. I’d love to talk to some other Ashtanga nerds.

I couldn’t have done this work without the fantastic research of Anthony “Grimmly” Hall. Sri Grimmlyji Namaha!