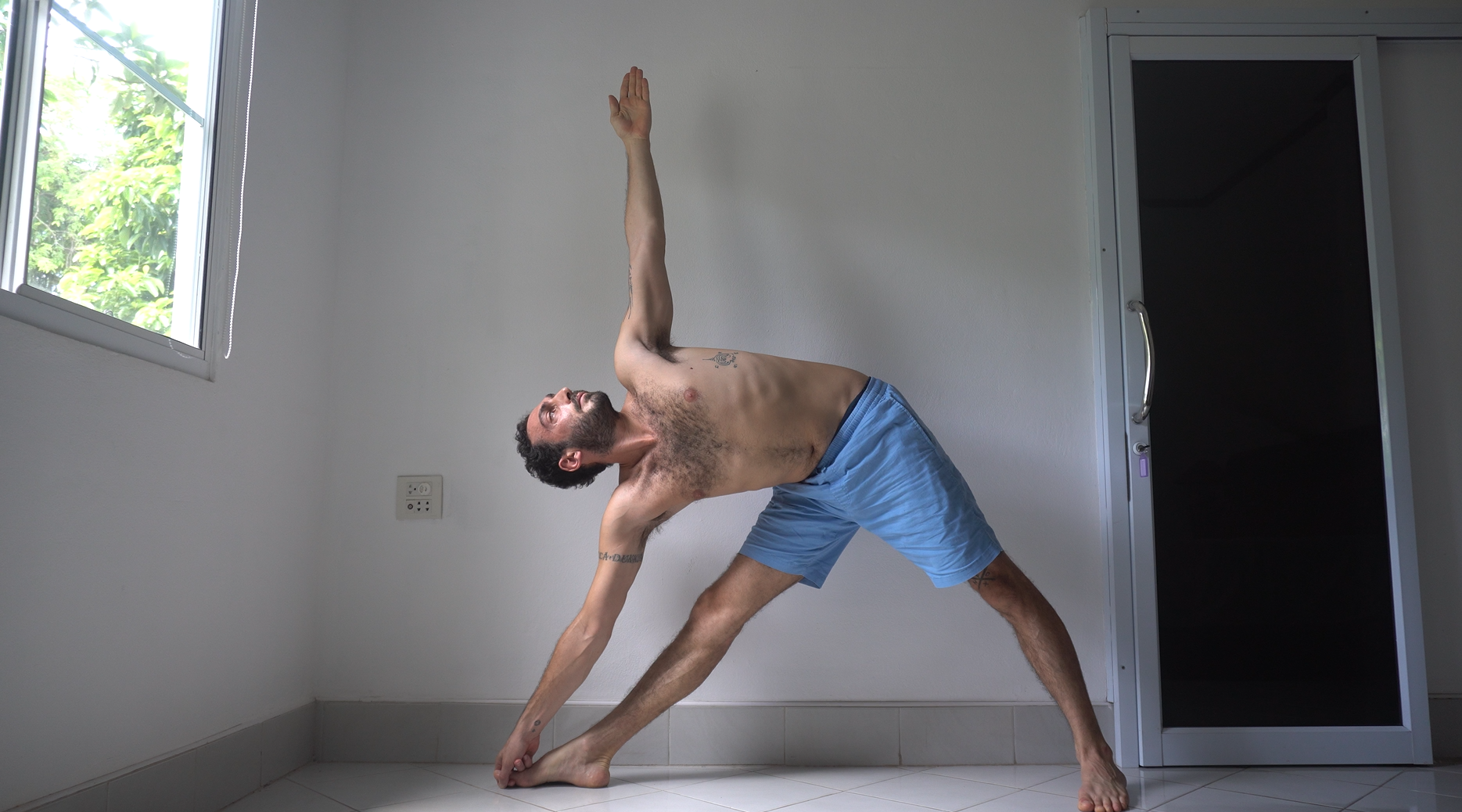 I posted a demonstration of the original Advanced A sequence to Youtube a few months ago. You can find the original post on this blog. But it didn’t sit right with me.

I had only just learned the sequence when I recorded that video and I have since practised with a teacher and can do poses that I skipped back then. It’s important to me that the sequence be correct with nothing left out so I recorded a new version that I have just posted. Please see below.

The original post is still up and contains photos of all the poses in order, as confirmed by David Williams.

Sometime in the early 1980s Ashtanga Vinyasa guru, Pattabhi Jois changed his sequences. He kept Primary Series the same and tweaked Intermediate Series, removing Vrischikasana (forearm scorpion) and putting in vinyasas between each of the final headstands.

Then he completely revised the Advanced Series. Pre-1980s, Jois taught his advanced asana syllabus as two long-ass sequences called “Advanced A” and “Advanced B”. As part of his revision, he split them into the Advanced A, B, C and D sequences we know today.

I don’t know why he changed them. Most people shrug and say the original sequences were simply too long.

Now the original sequences are endangered. Only a handful of OG Ashtanga teachers still teach them, Nancy Gilgoff and David Swenson being two of the more well-known.

I got the opportunity to learn the original Advanced A sequence via a workshop with David Swenson. Later, I practised over several months with one of Gilgoff’s students who helped me learn some of the more difficult postures in the sequence.

The original Advanced A contains poses that crop up in today’s Third, Fourth and Fifth series. There are fewer vinyasas and the standing poses are also omitted. However, the finishing poses are the same as the current series so I haven’t included them in the video.

The sequence is complete as I learned it. There are slight variations between Gilgoff’s version and David Swenson and David William’s version. For example, Eka Pada Rajakapotasana and Rajakapotasana are sometimes switched. And my teacher taught me to do Vrischikasana as a handstand, not a forearm stand.

In today’s Fourth Series, Sharath Jois (Pattabhi Joi’s grandson) teaches students to enter Eka Pada Kapotasana by sticking a leg out, bending backwards and (I assume) praying they won’t break something. Luckily for me, the old school entry involves simply going into regular Kapotasana and popping the leg out from there.

Unfortunately, I had a memory card issue and had to switch it during the filming so the video is missing the vinyasa between Kapilasana and Eka Pada Kapotasana. But no poses are missing. They’re all here it’s just that one transition which, for the record, is the same as the Eka Pada Sirsasana transition in Second Series.

I was a bit rusty so I didn’t flip back over after Viparita Dandasana and I went around only once in Parivrttasana (a.k.a. Mandalasana); ideally, you’re supposed to go round thrice clockwise and thrice anticlockwise.

For further details about the sequence please see my blog post, https://escaping-samsara.com/practising-the-original-1974-ashtanga-advanced-a-sequence/ which contains the full sequence and was verified by David Williams as the correct order of poses.

I also talk discuss the series with Ash Hope who taught me the sequence. See this episode of the podcast: https://escaping-samsara.com/ash-hope-all-things-ashtanga/