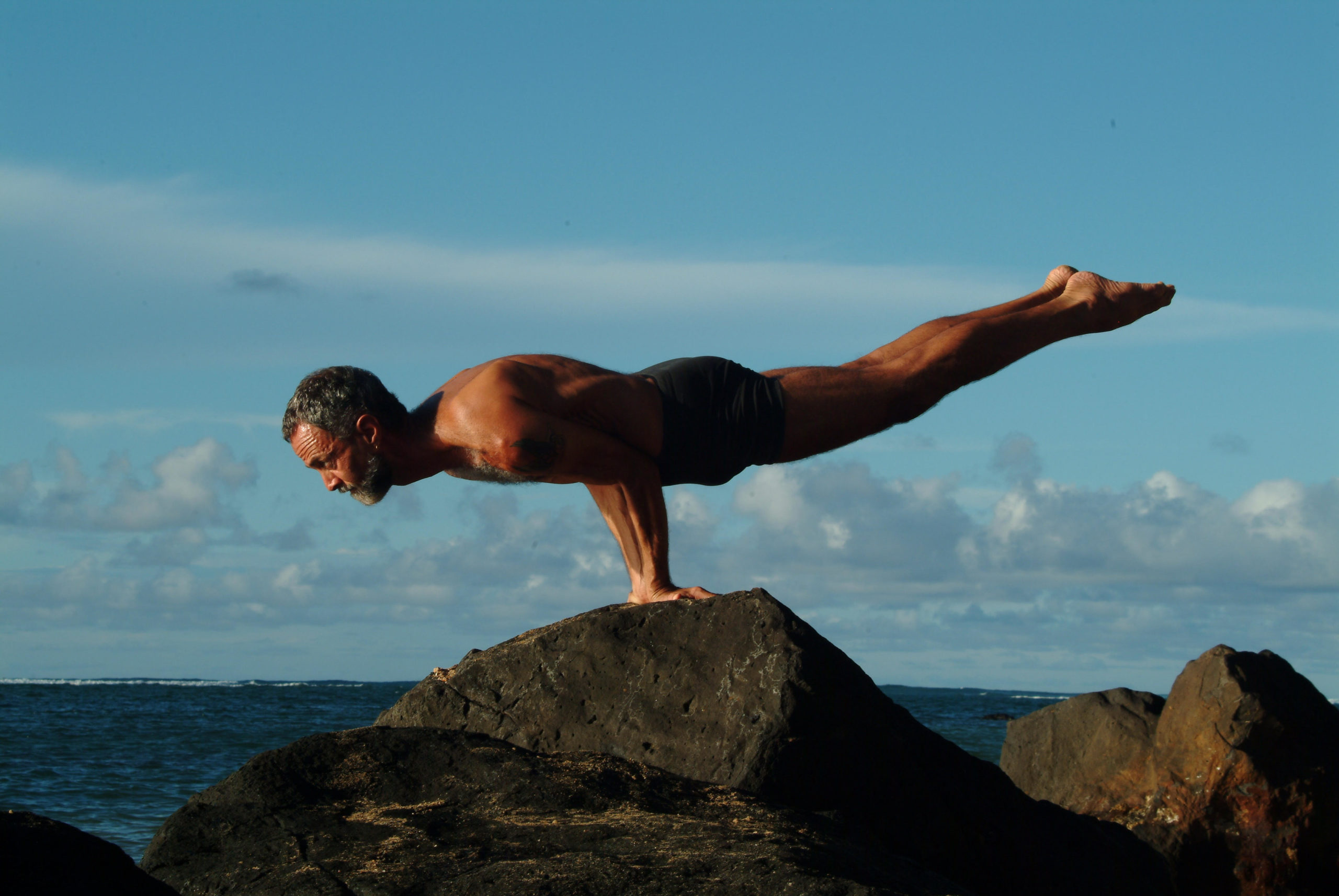 Anthony “Prem” Carlisi has been practicing and teaching Ashtanga yoga for over 40 years. He learned directly from Pattabhi Jois in 1978 for several months in Southern California. In 1979, he was amongst the first small group of Western students to study with Jois in his home town of Mysore, India. He is considered one of the American pioneers of Ashtanga yoga, along with David Williams, Nancy Gilgoff, David Swenson and Tim Miller.

Prem was certified to teach the primary, intermediate and advanced series of Ashtanga yoga in 1994. He also completed a four-year course of ayurvedic study in 1984 with Dr. Vasant Lad and has been studying tantric techniques since 1990. In 2007, Prem published his first book, The Only Way Out Is In, which is his commentary on the synergy of the three life sciences of Ashtanga yoga, ayurveda and tantra.

He and his partner Heather “Radha” Duplex are now based primarily in Ubud, Bali for 6-8 months of the year, and 3-4 months in Kauai, Hawaii with Pineapple Yoga. They offer daily Mysore classes in both locations, as well as trainings for teachers, intensives and workshops that deepen the understanding of Ashtanga yoga, ayurveda and tantra.